In the eastern Eldeen Reaches, the adventuring arm of a small shifter tribe must ensure the safety of their people. DM: Chris. Players: Andrea, Becky, Sean.

After one of the main campaigns (the temple or the nature group) comes to a conclusion, I would like to start an E6 group of all shifters. The following is a campaign proposal for your consideration. END_OF_DOCUMENT_TOKEN_TO_BE_REPLACED 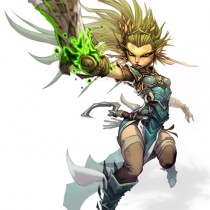