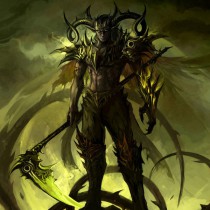 Capable of getting in and out unnoticed, but the after effects will be hard to ignore. END_OF_DOCUMENT_TOKEN_TO_BE_REPLACED